The decision by the US Department of Commerce to impose a 220 per cent import tariff on Bombardier C Series jets could put thousands of UK jobs at risk and harm manufacturing in the UK. 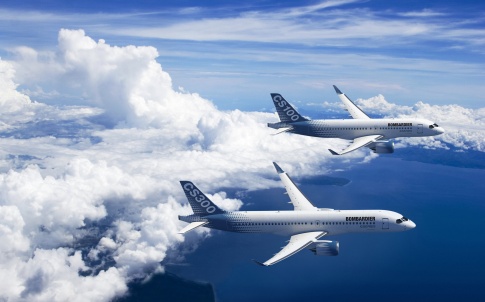 The controversial tax ruling is the result of a long-running dispute between Bombardier and Boeing, which has claimed that unfair state subsidies from the UK and Canada had helped Bombardier win a major deal to supply up to 125 of the jets to US airline Delta.

“The US values its relationships with Canada, but even our closest allies must play by the rules,” said US Secretary of Commerce Wilbur Ross. “The subsidisation of goods by foreign governments is something that the Trump Administration takes very seriously, and we will continue to evaluate and verify the accuracy of this preliminary determination.”

Although the jets have yet to be imported, an April 2016 press release announcing the Delta-Bombardier deal valued the contract in excess of $5 billion. According to a fact sheet issued by the US Department of Commerce, the country's Customs and Border Protection (CBP) force will require cash deposits in amounts equal to the preliminary subsidy rate "if and when Bombardier exports these planes to the United States."

The largest private sector manufacturer in Northern Ireland, Bombardier employs more than 4,000 people at its Belfast plants, around 1,000 of whom are linked directly to the C-Series project.

Unite, the UK’s biggest union, warned that the decision could place thousands of jobs at risk and even threaten the Belfast site’s very existence. It added that the move could affect an even greater number of jobs in the supply chain that serves the company.

The union’s assistant general secretary suggested that the decision illustrated the reality of the trading relationship with Trump’s administration, claiming that “Boeing is emboldened by Trump's America First policy.”

This point was echoed by Paul Adams, head of aerospace at management consultancy, Vendigital, who said: "The US manufacturer could be seeking to test the new administration’s resolve when it comes to protecting US jobs against foreign competitors selling to US customers."

In a statement on its website, Bombardier called on the US government to abandon the proposal, describing it as “absurd” and “divorced from reality”.

“The simple truth is that Bombardier created a superior aircraft that is more efficient, more comfortable, and quieter,” said the company. “The C Series serves a market segment not supported by any US manufacturer. Delta wants to bring this remarkable new aircraft to the US flying public. Boeing wants to prevent US passengers from realising these benefits, irrespective of the harm that it would cause to the US aerospace industry and the cost to airlines and consumers.”

In response Boeing, which claims to support more than 18,700 jobs in the UK, welcomed the proposal. “Subsidies enabled Bombardier to dump its product into the US market, harming aerospace workers in the United States and throughout Boeing’s global supply chain,” it claimed.

Meanwhile, in a series of tweets from her official account, UK Prime Minister Theresa May who had personally lobbied Trump to intervene in the dispute, said that she was  “bitterly disappointed” by the decision and pledged to work with Bombardier to protect jobs.

A final ruling will be made on the decision in February.