Driving transport innovation: is the UK lagging behind?

Anomalously low figures for UK patent applications in the transport sector are a signal of cause for concern, writes Ed Round.

Transport has traditionally been one of the UK’s leading sectors for filing patent applications, according to the European Patent Office’s (EPO) rolling log of patents filed and granted. The latest statistical release from the EPO however, looking at patent filing data from 2017, reveals that transport is no longer the UK’s top filing sector, with more patents applications from the UK filed in the medtech category in 2017. 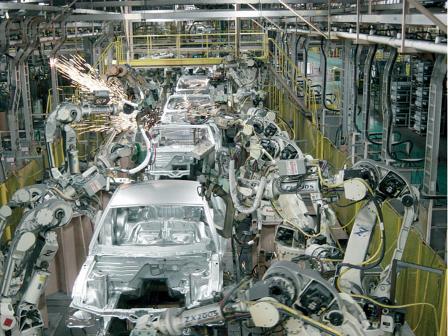 A total of 8217 patent applications were filed at the EPO in the transport category in 2017, down from 8577 in the previous year so the decline in UK transport filing is in line with EPO filing as a whole. With the HS2 project about to begin in earnest, and other major infrastructure and transport projects such as Crossrail now well advanced, these figures might seem counterintuitive.

The picture is more complicated than a straight reading of the figures would suggest. The modest decline in transport patent applications in the UK and the EPO as a whole must be seen within the context of an upward trend in transport sector figures over the last decade equivalent to roughly 2 per cent per year. They must also be seen within the context of an abnormally large increase in application filing between 2015 and 2016, which would have been unrealistic to expect to continue.

There are several other issues which might be impacting the number of filings coming out of the transport sector. As the race to deliver viable driverless cars continues, and with technology making vehicles – as with everything else – ever smarter, increasing volumes of the patentable technology going into next generation transport projects might not fall under traditional ‘transport’ filing categories. Sophisticated on-board technology, sensors for safer driving and the complex algorithms that underpin self-driving vehicles, will all be filed under categories more related to software and computing than engines and drivetrains. Machine learning too is a technology with increasingly broad applications in everything from traffic coordination to rail and air traffic control and again is something that won’t be captured in the ‘transport’ category at the EPO.

As such, a great deal of the patent application filing being done by innovators in the transport sector is not reflected in the figures as they are currently compiled.

While the UK prides itself on innovation, particularly in high-tech areas such as transport control and data processing, this innovation is not necessarily being captured in patent applications currently.

With competition to deliver the next generation of tech-enabled transport growing ever more fierce, the UK’s patent application filing figures relative to those of rivals like France and Germany could be accounted for by businesses opting for caution by protecting innovation via trade secrets, rather than via patents. The risk with this approach is that a disruptive new entrant to the market opts to file the patents first, thus pulling the rug from under the more established companies.

While patent application filing figures must be taken with a pinch of salt, and applying at the EPO is just one route for protecting IP amongst several, it is sensible to include them in the gamut of statistical measures available to business strategists. Anomalously low application filing figures, such as those from the UK, must be seen as part of the overall picture.  While it would be unwise to base decisions simply on this set of data, it would also be imprudent to ignore them. In transport as in other industries, intellectual property accounts for a huge amount of the value in a business, so protecting it is vital.

Patent filings: the truth behind the data

Comment: How collaboration is driving innovation in machine tools