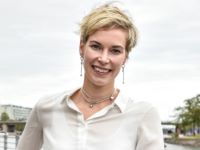 Energy is the low hanging fruit of the decarbonisation movement, so we must call for all governments to turn that ambition into action, says Saara Kujala, general manager, business development at Wärtsilä Energy.

Worrying data from the IEA’s Global Energy Review released this week reveals that despite the global ambitions to achieve Net Zero by the middle of this century, energy-related carbon emissions are expected to soar this year.

The review predicts that economic output, energy demand and fossil fuel demand are all predicted to rise significantly in 2021, and even exceed levels seen before the pandemic. Most concerningly, coal demand is projected to increase by 60 per cent, more than all renewables combined, underpinning a rise in emissions of almost five per cent.

Opinion: How HVDC and infrastructure can push UK to net zero

Why cancelling the Cumbrian coal mine might undermine COP26 success

This should be a wake-up call for the energy industry. Unless governments and businesses accelerate the speed at which they are cutting emissions now, we can expect things to continue to get worse, before they get better.

This week’s Climate Change Summit, hosted by President Biden, is prompting global governments including the US and UK to set bold new emissions targets. These targets should compel national and regional governments and the private sector to decarbonise rapidly in order to avoid the worst impacts of climate change. But ambition alone is not enough, we have to see action before it is too late.

The pandemic offered us a unique opportunity to right our wrongs, to reset and emerge from this crisis with a stronger and more resilient action plan which would limit global warming well below two degrees Celsius compared to pre-industrial levels.

Global CO2 emissions from energy declined by 5.8 per cent in 2020, the largest ever drop in emissions, and renewable energy use increased three per cent as demand for all other fuels declined.

Politicians and business leaders spoke of the opportunity to Build Back Better, however, the IEA Energy Review demonstrates that there is a discrepancy between the narrative and the policy, given how emissions are bouncing back in 2021.

That discrepancy was also demonstrated by Wärtsilä’s Aligning Stimulus with Energy Transformation report last year, which showed that the global government stimulus in response to the pandemic was strongly weighted in support of legacy fossil fuels.

To get us back on track on the road to decarbonisation, we must see bold investment from governments to support the world’s long-term energy and climate goals.

Renewable energy is widely acknowledged to create more jobs than fossil fuels. McKinsey, for example, reports that for every $10m of government spending on renewable technologies, 75 jobs are typically created, compared to 27 jobs in the fossil fuels sector.

The road to decarbonisation is paved with jobs, so by enabling new green businesses, technologies and innovation, we can lay the foundations for decades of economic growth.

One notable point from the IEA Review is that almost 70 per cent of the projected increase in global energy demand is in emerging markets and developing economies, where demand is set to rise to 3.4 per cent above 2019 levels.

We must work with these countries to ensure clean power is the most attractive option, by building adequate flexibility in order to unlock renewables as the lowest cost form of baseload. As new energy systems are developed in these economies, it is essential that we prevent their systems becoming locked up with costly, inflexible coal for decades to come.

Wärtsilä has modelled the path to achieving 100 per cent renewables for 145 countries and regions around the world and found that the combination of renewable energy, with flexible storage and future-proof gas engines, is the most cost-optimal path to achieving energy decarbonisation globally.

In the G20 alone, we found that over 3,500GW of flexible assets are needed for those nations to cost optimally run on 100 per cent renewable energy.

Prompted by President Biden’s Climate Summit, we have seen governments raise the bar to tackle climate change, with the UK pledging to slash emissions by 78 per cent by 2035 compared to levels in 1990. The EU has cemented its position as a climate leader by making a legal commitment to become the first climate neutral continent by 2050. The US has announced a target to cut emissions by 50 per cent by 2030 compared with 2005 levels, in line with the Paris agreement.

This could be a milestone moment for the global climate movement, as such legislative commitments are crucial stepping stones to environmental recovery.

Energy is the low hanging fruit of the decarbonisation movement, so we must call for all governments to turn that ambition into action by putting in place a clear, dated plan to map the path to 100 per cent renewable energy and avoid climate catastrophe.

This is not “pie in the sky” thinking – we modelled the energy transition in the US and found that the country could achieve a cost-optimal, carbon-neutral power system by 2035 for just $1.7tn.

The future we need is within our grasp and it has to start this week at President Biden’s Climate Summit and continue through to COP26 and beyond if we are to avoid the worst impacts of climate change.

Earth Day 2021: We need to talk about geo-engineering

Guest blog: why digitalisation is vital for future prosperity