Mark Cund, the man overseeing design of control systems for autonomous vehicles at Jaguar Land Rover on why he believes self-driving will improve safety 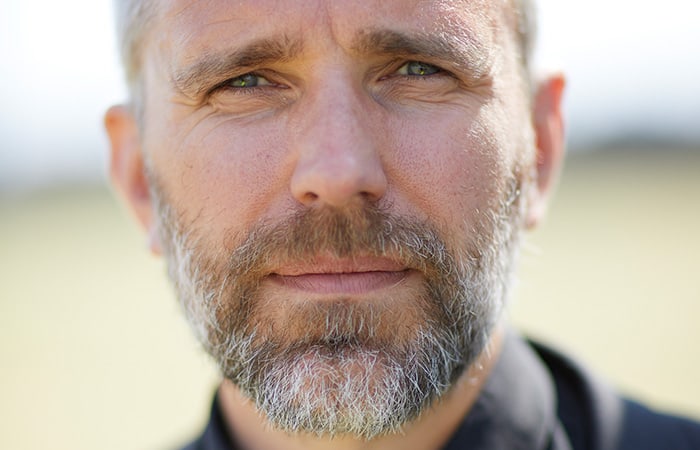 The age of the autonomous vehicle is undoubtedly dawning. We can already see that drivers will need to be involved less and less in the minute-to-minute operation of their vehicle, but in The Engineer at least we often see that our readers are less than enthusiastic about the prospect. Common responses to articles on autonomy have the tone of asking why the automotive industry is foisting this technology on its customers, many of whom actively enjoy driving.

To Mark Cund, who is responsible for design of the control system for level 4 autonomous vehicles at Jaguar Land Rover, the answer may not be welcome to current customers: it’s all about looking to the future and around the world. “We know that self-driving cars will improve the safety of our roads, but we also understand that it can seem like a big change for customers and that could be intimidating. However, autonomous features will all arrive iteratively and in a way that can foster trust and new habits from our customers today,” he said.

“We talk to different groups of people of different ages throughout the world. If you look at where we sell cars, people don’t always have the same attitudes as people in the UK. People have different requirements across the world – how they travel, how they interact with technology, their work-life balance – all these things greatly impact their relationship with their vehicles and we’re mindful of that in our research.”

Cund came to Jaguar Land Rover from a background in software engineering, although his Masters degree was in automotive calibration and control. “I used to work in embedded systems, writing software in assembly language,” he said. “I started doing a bit of algorithm development in Matlab and Simulink, and from there I eventually moved into Jaguar Land Rover.”

When Cund took his Masters degree he was already working on an algorithm to work within an emergency braking system; it operated when the vehicle was in a highly dynamic situation or when a crash was imminent to automatically tighten the electric seatbelt retractor and pull the driver firmly back into the seat. “In that Masters degree there was a lot of control theory, which I have to say is really hard to understand and is not straightforward, but it is relevant to me now because my team is working on control theory projects, and as a company we have to ensure we are developing technology that is relevant.”

To Cund, the development of autonomy is a matter of evolution or revolution. Many systems that are now well accepted on cars, such as automatic braking, vehicle stability control or cruise control could be seen as components that would build up into an autonomous vehicle. “You could evolve all these systems and make them work together, but these are all deterministic systems where you know every line of code and you can test all the paths through the code, and when you’re evolving systems and putting one on top of another, the complexity becomes so unwieldy it’s virtually impossible to manage it.”

He added: “A simple change can have a massive knock-on effect on all the verification work that you do. On the flipside of that, we look at things we term as revolutionary, like artificial intelligence, that are stochastic in their nature (as in nondeterministic). We are getting to a point where you can’t just add evolutionary systems together, and as an industry we’ve got to do something else.”

Autonomous vehicle developers cannot ignore incidents such as the recent fatal collision between a pedestrian and an autonomous vehicle in Arizona. “It highlights how important it is that we are clear what we doing when we are testing. It kind of makes you acutely aware of all the things that can go wrong,” Cund said.

For Jaguar Land Rover, when testing autonomous systems the car always has at least two people involved in the test at any time. “We’ve got a driver behind the wheel – it’s not just someone with a driving licence, it’s someone who has been trained really well, and their role is to concentrate on the road and what’s going on around the vehicle and not on the system – and we have another person in the car who is there to do the operation of the system. We completely separate out the two roles and the trained person behind the wheel could still have ultimate control of the vehicle and can override the system and regain control if that’s required, and they understand how emergency stops work.”

In tandem with its own R&D, Jaguar Land Rover is also involved in a wider UK-based project called UK Autodrive that brings together autonomous vehicle developers and legal experts. Its role is both to help developers and to ensure that the legal framework to support operation of autonomous cars on British roads is in place when technology is ready. “You don’t want to be in the situation where you have spent a lot of money and put a lot of effort into creating a system that you can’t put on the road. You want them to be lined up,” said Cund. He will talk more about UK Autodrive and Jaguar Land Rover’s role within it at The Engineer conference in June.

Some years ago, Jaguar Land Rover’s then R&D director Bob Joyce spoke at a previous Engineer conference and said that the company would not be the first to launch a fully autonomous vehicle. “I don’t think that’s changed drastically, I still don’t think we could be the first car company to put an autonomous car on the road, so I think Bob’s original statement is still accurate,” Cund said. The lack of a legal framework is one reason for this, he admits. He also believes there may be an advantage in introducing some of the features to consumers gradually.

“I think there’s a misconception in the public’s knowledge about what an autonomous car is. It certainly makes more sense to put them first in environments like motorways, where everybody’s going in the same direction, and then add another sensor to enable it in a more urban type of environment. That also helps engineers, because we can break down the situation into actual problems and solve them.” There is a precedent for this, he added. “You know the way that ABS and stability control was introduced in a sort of stealth-like manner, and people didn’t know that they needed them? There’s an analogy with autonomy as well,” he said. “There are benefits that autonomy can bring that are fairly obvious, but things like not being distracted and not being tired and that stuff; people sometimes don’t realise what they need.”

Younger consumers might be more accepting of autonomy technologies, but ironically older drivers are likely to benefit more. “When I talk to my dad about it – he’s 71 and a bit of a technophobe – he’ll say he doesn’t like the idea of autonomy,” Cund said. “But I point out things like if he lost his mobility and couldn’t go up to the Lake District for a wander around Derwentwater, then he’d be more likely to spend more time in his house, and that isn’t a very nice thing to look forward to. If all it did was take him to the supermarket and enable him to go on holiday, I bet his attitude would change. If I can convince my dad, I don’t think it’ll be too hard to persuade others.”

Mark Cund will be speaking on Day 2 of The Engineer Conference, which runs alongside Subcon from 5-7 June at the NEC, Birmingham