Jaguar Land Rover is to shut its Solihull manufacturing plant for two weeks in October in response to weakening demand from the Chinese market. 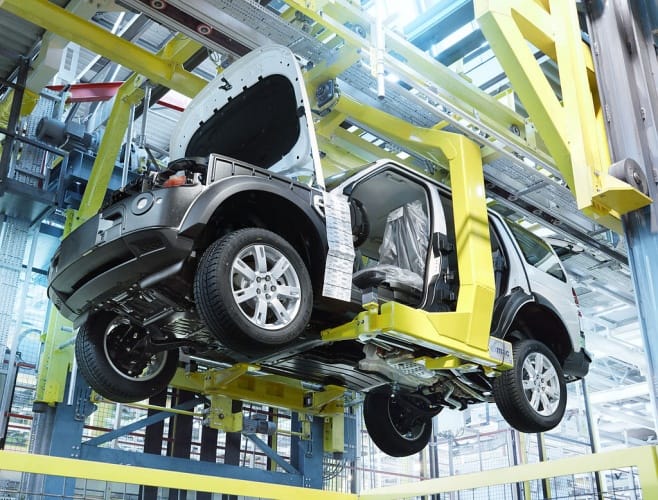 The plant will cease operations on October 22nd, though workers will continue to be paid for the duration of the shutdown. The news follows shortly on the back of a decision to move 2,000 workers at the company’s Castle Bromwich plant to a three day week, prompted by Brexit uncertainty, consumer hesitation over diesel and slowing demand for JLR’s vehicles.

“Government ministers’ trashing of diesel, despite the UK making some of the cleanest engines in the world, combined with their shambolic handling of Brexit is damaging the UK car industry and the supply chain,” Unite national officer Des Quinn, commented.

“Add into the mix the government’s half-hearted support for the transition to electric and alternatively powered cars and you have a triple whammy facing the UK’s car workers. Over the past decade Jaguar Land Rover workers have worked tirelessly to turn the carmaker’s fortunes around. Ministers now risk turning them and their colleagues in the supply chain from hero to zero.”

While Brexit has been blamed for many of the company’s recent woes, the Solihull setback has been primarily attributed to slackening demand in the Chinese market. Changes in import duty and consumer concerns over trade - particularly with the US - saw JLR’s sales in China decline 46.2 per cent year-on-year for the month of September. Global sales for the same period are down 12.3 per cent, with sales for the year to date down 4 per cent on 2017 figures.

“JLR says falling demand for its cars in China has prompted the decision to shut down but the threat of a no-deal Brexit is also likely to have been a deciding factor,” said Richard Gane, director and automotive sector specialist at management consultancy Vendigital.

“A number of other VMs have recently announced plans to shut down their UK-based plants temporarily in order to take the pressure off production lines and build in some buffer time to protect operations from the impact of customs delays and trade tariffs. Like them, JLR will be hoping that taking this action now could save the business considerable operational and reputational flak further down the line.”